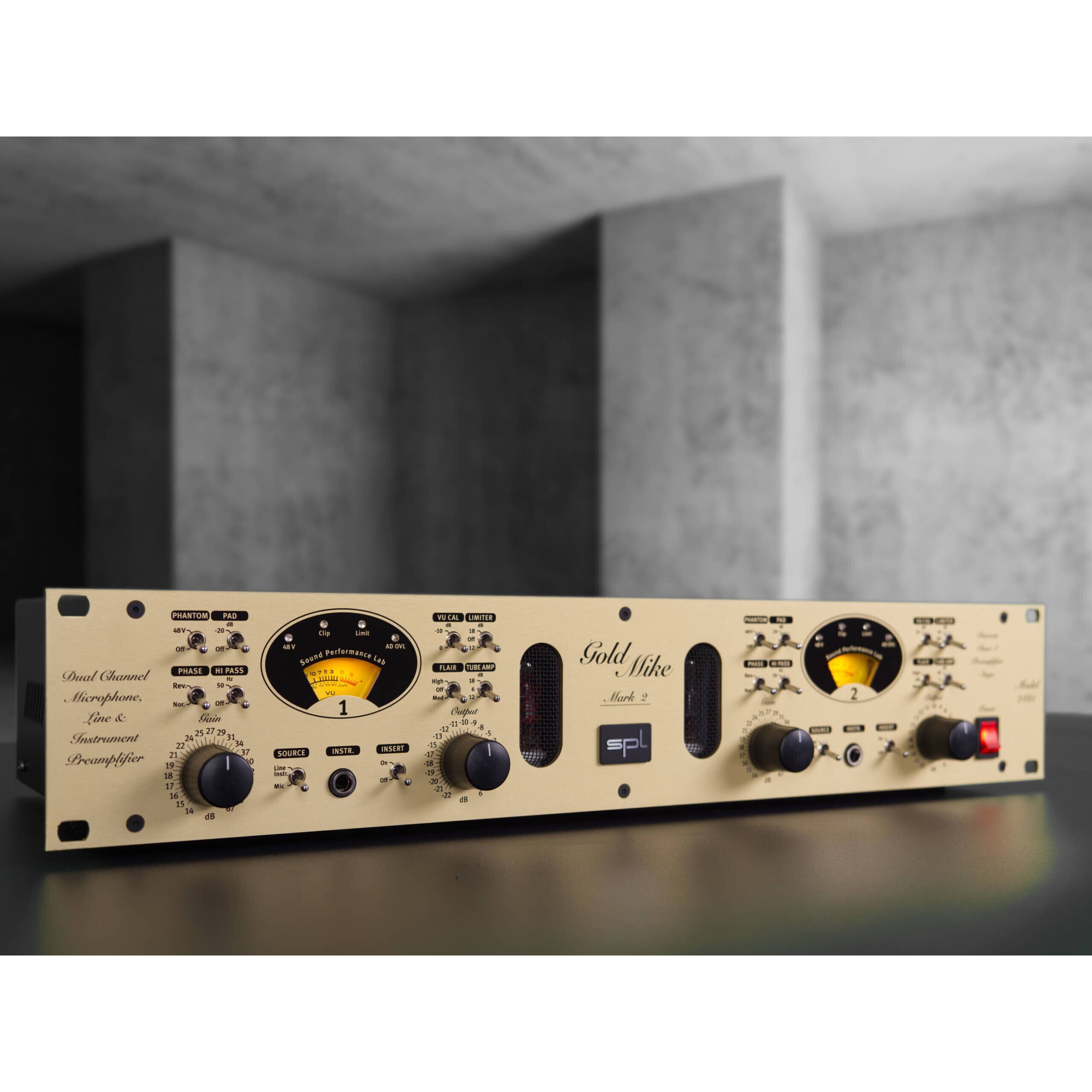 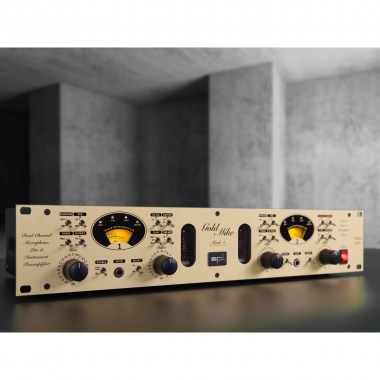 The GoldMike Mk2 combines the advantages of Class A transistor amplification with tube amp technology.

The GoldMike Mk2 is a hybrid preamplifier consisting of a discrete transistor stage and tube stage. The hybrid design of the preamplifier combines the advantages of semiconductors (high dynamics with low distortion, low noise) with the musical qualities of tube sound (pleasant high/overtone spectrum, beautiful three-dimensionality).

The microphone class A transistor preamplifier is discretely constructed from 16 individual transistors.

The instrument input is a discrete impedance converter that also operates in class A mode.

The core is a low-noise field-effect transistor, which is ideally suited as an impedance converter due to its very high input resistance.

A compressor, de-esser, limiter or even a reverb unit can be switched between preamp and output.

The limiter is based on diodes whose characteristic curve produces a nice, analog saturation effect and thus unobtrusively limits the signal peaks.

Its speed makes it suitable as a peak limiter, which can intercept transients in the microsecond range and can thus function very well as protection for the AD converter.

This circuit uses the pleasant sound characteristics of the coils in combination with the tube to emphasize the presence range. It is ideally suited to intensify the overtone range of voices and acoustic instruments, thus improving the ability to cut through in the mix.

The proportion of tube gain to total gain can be switched in three stages. The higher the value, the more pronounced are the saturation effects and overtones of the tube.